Andrew A. Hill is a freelance conductor and professional musician based in New York City. He holds a Bachelors of Music in Music Education/Trombone Performance from San José State University. While at San José State, he studied trombone with Tom Hornig, Kyle Covington, Timothy Owner and members of the San Francisco Symphony. During his postgraduate years, he has studied conducting with Professor Wes Kenney, Dr. Rebecca Phillips, Dr. Kevin Sedatole, Dr. Mark Scatterday, Dr. Edward Harris, Dr. Rodney Dorsey, Dr. Peter Boonshaft, and Dr. Bob Halseth. Prior to living and working professionally in the Bay Area 2011-2022, Andrew grew up in the mountains of Lake Tahoe, California where he was inspired to pursue music through his music director, Dean Nordby and studied bass trombone with Donald Glattly.

As a conductor, Andrew was recently invited to the Final Phase of the Lake Como Conducting Competition in Bellano, Italy and participated in November of 2022. Known as a dynamic leader, he is featured in the book Learn Lead Lift discussing his approach to leadership and sharing anecdotes from his experience as a music director. As a professional musician, Andrew has extensive experience as a trombonist performing orchestral, jazz, broadway, salsa and contemporary repertoire. Most recently, Andrew played lead trombone on the 2021 big band album Post Hang! ​by 7th St. Big Band, bass trombone on the 2019 big band album In Our Backyard by the Inner Circle Jazz Orchestra, was the founder and co-leader of the Covenant Brass Sextet which performed in the South Bay Area annually, went on a domestic tour of California and commissioned new works by living composers, and has played with the Santa Cruz Symphony. Andrew was the bass trombonist for the San Francisco Symphony Youth Orchestra from 2012-2015 and performed on the orchestra's 10th International European tour. In addition, the San Francisco Symphony Youth Orchestra's performance of Gustav Mahler's Symphony No. 5 in C# minor won best orchestral performance from the San Francisco Classical Voice's readers poll in May 2015. Currently, he is an active freelance musician in New York City for various genres of music.

As a music director, Mr. Hill recently finished four years as the Music Director (band, orchestra and jazz director) at Los Gatos High School, California where he was awarded Educator of the Year in 2021-2022. During his tenure at LGHS, the orchestra and band program expanded significantly. The orchestra, choir and band performed masterworks together, the orchestra and band championed symphony orchestra repertoire, he led three domestic jazz ensemble tours and growth in the program warranted hiring two faculty in his place after he moved to New York City. Previously, he was the Trombone Instructor at Donner Mine Music Camp from 2011 - 2014, Activities Director at Donner Mine Music Camp 2015 - 2018, taught elementary band at Booksin Elementary School in San José through Arts Initiatives from 2015-2017, was a Music Instructor for San José Jazz Progressions 2015-2017, was the Elementary Brass Instructor in the Saratoga Union School District for the Fall of 2017 and taught in the Los Altos School District instructing brass, general music and band for all seven elementary schools in 2018. He was also the founding conductor of the Santa Clara Vanguard Youth Brass Ensemble which he continued for three seasons and helped establish the Community Arts Programs for the Vanguard Music and Performing Arts from 2015-2018. Currently, he is the Band Director at Byram Hills High School in New York and pursuing a Masters of Music Education in Conducting at Colorado State University. As part of his teaching, he focuses on beautiful sound production, increasing technical range and facility, critical work on sight-reading and making beautiful music. 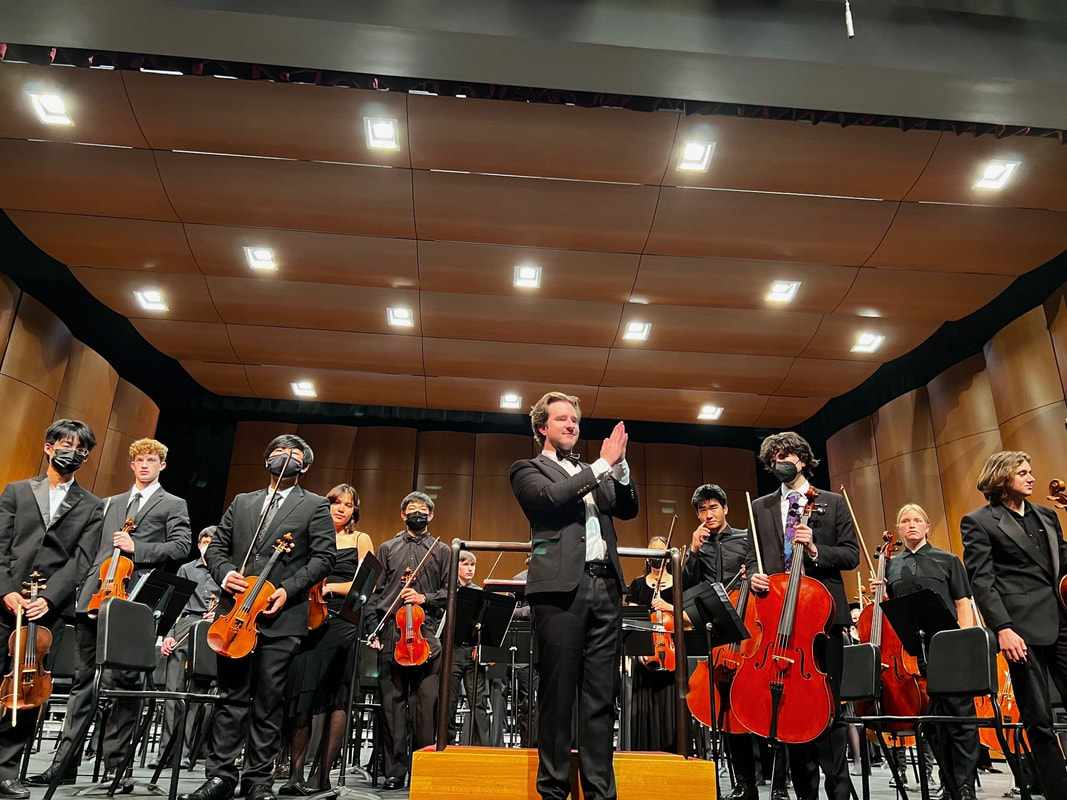